Haven by the Sea – A Short Story

Late Friday afternoon. It was a long, hard week of work, planning and stress. About a dozen big decisions with a hundred little decisions sprinkled all around them. None of her options were simple. None of them satisfied everybody. No one other than her was taking the initiative to resolve the issues. And she strongly suspected that a few of those involved were not being truthful. On top of it all, deadlines were approaching.

Everyone’s expecting her to use this weekend to make it all come together, to make things right. And perhaps she should. That would be the responsible, adult-like thing to do. But enough is enough. Exhausted and confused, a small thought came to mind as she fumbled for her car keys in the parking garage;

By the time she arrived to her neighborhood, the decision was already made. She would go inside, throw some clothes in a bag along with a toothbrush and her journal. The life-controlling laptop which always accompanied her was notably not invited to wherever she was going. There would be no point in going far away if that device came with her.

Everything she was doing was counter-intuitive. Her tired body was pleading for her to flop on the couch and recover some of the sleep she had missed throughout the week.

But she knew exactly how that kind of evening would play out. She’d wake up sometime around midnight…disoriented, hungry and still wearing the clothes she put on 20 hours prior. Upon getting up and walking to the fridge, she would see a dozen reminders of things she needed to do. And she would spend the wee hours of Saturday morning trying to do them.

Not this time. Not this weekend.

As she headed east on the freeway, the tall buildings of the city gave way to the complex piping of the refineries. Beyond the industrial maze, metallic structures gave way to wooden fences, open fields and seagulls. She was close.

As she crossed the bridge which brought her to the island, she opened the car window to take in the sea air. By now it was getting dark. She briefly made arrangements over the phone with Gabriela, the owner of the cottage where she planned to stay. It was called Haven By The Sea. She remembered going there a long time ago with her folks when she was a little girl.

Haven By The Sea

She always thought the word “haven” on the sign was a misspelling of “heaven.” Every time she and the family went there, she referred to it as “Heaven by the Sea” because it certainly was beautiful and heavenly. Not only did her parents not correct her, but they also called it “Heaven by the Sea.”

She figured the owner of the cottage was just lazy and didn’t want to fix the sign. Years later in a classroom, she learned that a haven is a place of safety or refuge, a place to escape to. From then on, that’s the way she thought of that cottage. She went there all alone on several occasions when life was giving her more than she could handle.

Only once did she bring a friend along to her little getaway. That was a mistake. Her friend didn’t appreciate the serenity of the location, but instead wanted to visit a local bar and meet people. That’s not what this place is for, she thought. This is a place to rest.

Gabriela knew why the busy young woman repeatedly stayed at the Haven. She knew to leave a couple of extra pillows and a big thick blanket on the bed. She knew to leave breakfast on the table outside the door no earlier than 11am. And she knew that no daily housekeeping in the room would be necessary.

It’ll All Have to Wait

The young woman entered the cottage and found it exactly as she expected. A little card on the nightstand simply said “Welcome Back.” She lowered her belongings onto the bench by the door and began to undress. The hot shower with heavy water pressure was luxurious. And she would’ve appreciated it even more if she wasn’t so tired and weak.

With her hair still wrapped in a towel, she pulled back the covers, got beneath them and pulled them back over her. Every movement was exhausting. She was totally spent, but there was no place on earth where she’d rather be.

Every concern and every decision would have to wait. Every email that awaited a reply would have to go unanswered. The only thing on the agenda for the next several hours was sleep. And there may be even more sleep on tomorrow’s schedule.

Her problems pressed on her mind as she pressed her head into the thick pillow. As urgent and critical as they were, she was done and could do no more. If the long, quiet drive out to the coast didn’t clear her mind, it certainly wasn’t going to happen during these last few moments of the night. Tomorrow, she thought…it’ll all have to wait until tomorrow. 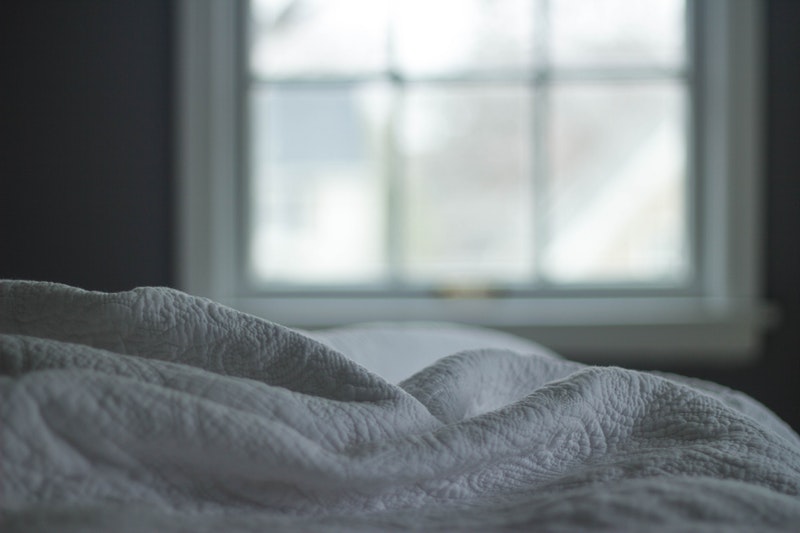 It took awhile for her to remember where she was and why she was there. It was cold in the room. She was too tired last night to even think of setting the heater. But it was plenty warm under the thick blankets, under which she’d hardly moved throughout the night.

It was a beautiful morning, although a little overcast. The tranquil sounds of the ocean and a few squawking birds was all she could hear. She likely had many missed calls on her phone and people wondering where she was. Everything she should’ve done yesterday had carried over to today. But at least she was rested and in a beautiful place.

The room had a heater, but she went ahead and lit up a log in the fireplace instead. The crackling sounds of the burning wood mixed perfectly with the distant waves and birds. With the blankets from the bed still bundled around her, she made a cup of tea and brought it to the couch by the window which overlooked the sea. She put her pens and journal on the old rustic coffee table. It had a worn, distressed style because it had actually been used and distressed over the years.

The sun was out there somewhere, but you couldn’t see it. The clouds had full reign over the sky this morning, spraying misty cold rain here and there. It was the perfect weather for cozy contemplation on the couch.

She scribbled a few thoughts in her journal, nothing too significant. But the words eventually poured forth in one affirming statement after another;

“It’s ok to not have all the answers.”

“I don’t have to accept other people’s panic and emergencies.”

“I don’t have to make this decision until I’m ready and sure.”

The Sun Is Out There Somewhere

Somehow, these reassuring statements were making a difference deep in the heart of this young woman as she lounged around in her haven by the sea. They didn’t solve any of her problems. They didn’t alleviate the pressure that was coming from friends, family members and her fiance. But repeating these phrases effectively reset the mentality of her soul. She would no longer make any decisions from the urgency of all her deadlines. Instead, with a clear head, she would patiently explore every option from a place of security. No decision would be made until she had the peace and faith to move forward. All the plans would have to be delayed, postponed or cancelled otherwise. 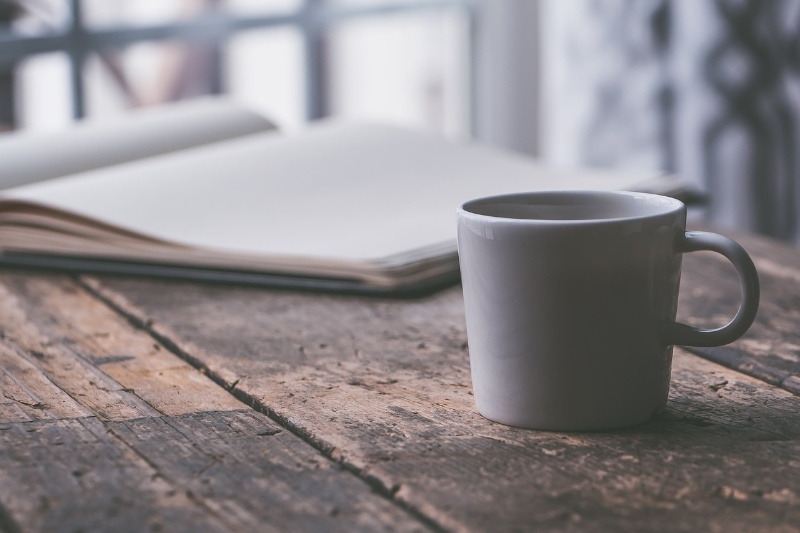 The tea had warmed her on the inside, but it was still too cold in the room to do anything else but lay by the fire. She sent a few text messages to her most important people, assuring them she was ok. And then she fell asleep again. She knew she had a hundred things to do. But since the sun was in no hurry to make an appearance on this lazy day, she figured she also had permission to remain out of sight.

The extra sleep made a difference. She needed it. It was the really deep kind of rest that recalibrates the soul and makes it easier to breathe. She ate a little from the breakfast that Gabriela had left by the door. It was still a little warm under its silver cover.

She still hadn’t walked along the beach, as she usually did. She hadn’t even gone outside. But she could no longer avoid the to-do list that was waiting for her. The sun was finally up and about, shining through the window. First things first, she made another cup of tea and sat at the long kitchen table. She soaked in the warm rays of the sun. 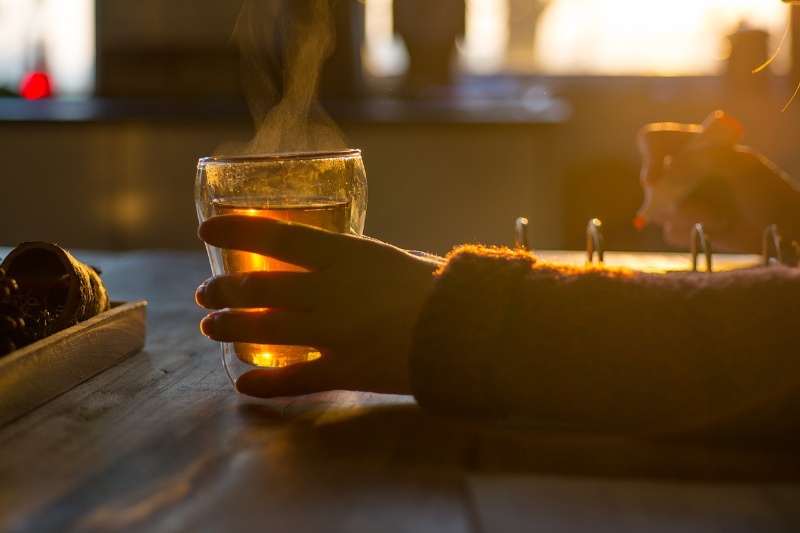 She dutifully opened her schedule and laid out the priorities from highest to lowest. There was no way of crossing tasks off this list without making a few phone calls. They wouldn’t be easy. But at least now she wasn’t dreading it.

There was warmth and peace in her body, in her mind and throughout her soul. She was several steps closer to being the confident young woman she knew she was. She simply had to get away from everything for a while and recover in her refuge…her haven by the sea. 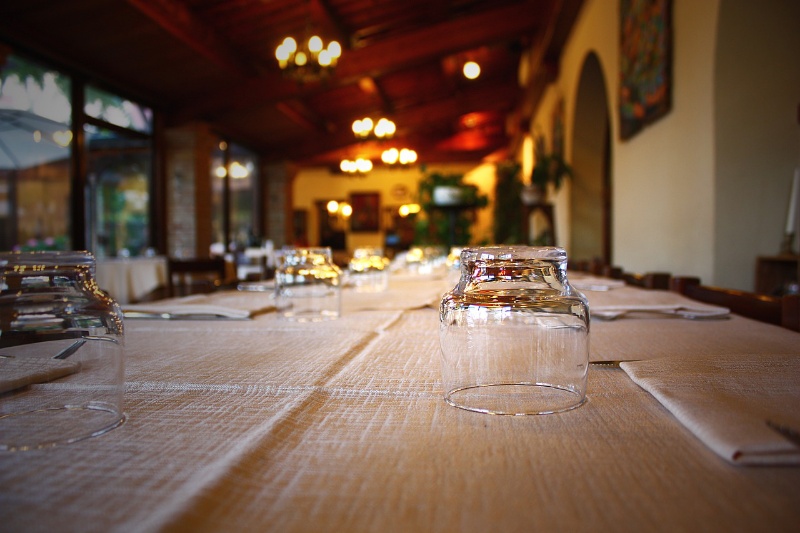 One Of My Early Woodworking Jobs

This page is where I post articles related to woodworking, lifestyles and living spaces. I also put out an occasional short story…just some simple fiction to pass the time and reinforce the important stuff of life. I would most welcome your feedback on anything I write.